Bornes church was built in the village of Vecborne, parish of Kaplava in the former district of llūkste and was used by Lutheran parish.  Exhibited since 1936.

First records of the church in Vecborne dates back to the 16th. Century. Church got its current appearance in the second half of the 19th. Century. This church is one of the earliest exhibits of the museum . 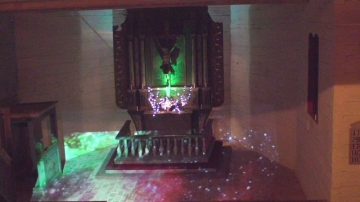